The original alley roller since 1908 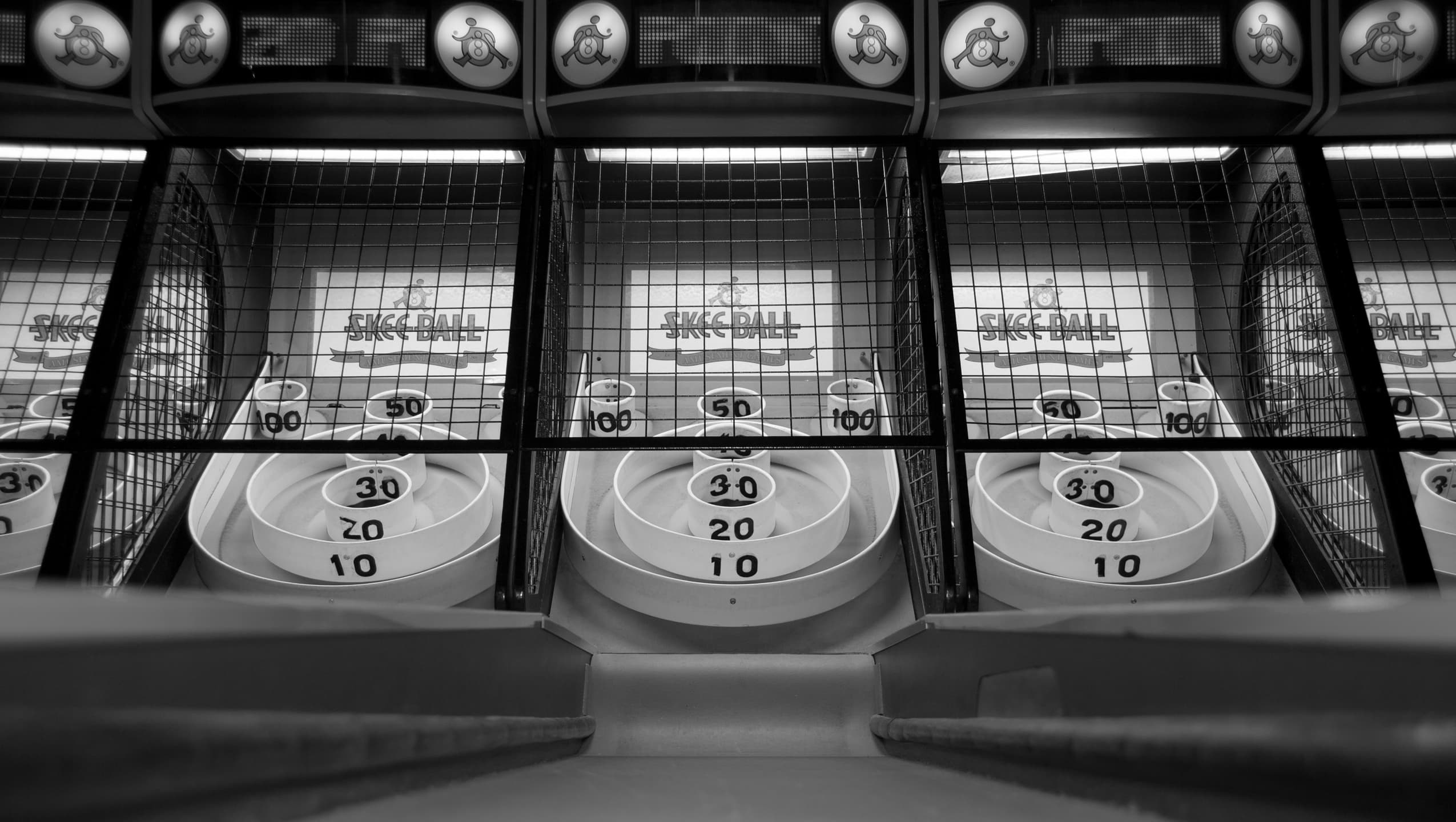 Since our arcade machines first hit the Jersey Boardwalk in 1908, we’ve been lighting up more than just the scoreboard. Our classic alley roller games ignite a child-like excitement in all those who play.  From the thrill of the bankshot into the hundred pocket, to the never-ending stream of tickets that pay out your high score, Skee-Ball® arcade machines provide a unique and endless source of entertainment for rollers of all ages.

Our proof is in our product. Skee-Ball has been manufacturing high-quality gaming consoles for more than 100 years, and we’re honored to continue that tradition and bring those experiences into home arcades, rec rooms, and entertainment spaces all over the world.

Today the Skee-Ball brand resides in Pulaski, Wisconsin – a small town outside of Green Bay where passion, hard work, and fun collide. Expanding beyond the arcade and the alley, the Skee-Ball promise is straightforward: simple fun for a lifetime of shared, playful memories.

The game may cost you a token, but the memories you’ll make are priceless.

Joseph Fourestier Simpson of Vineland, N.J. applied for a patent around a new game idea that had a “skee-jump” mechanism on an alley to launch a ball into targets that had a built-in automatic scoring mechanism.* 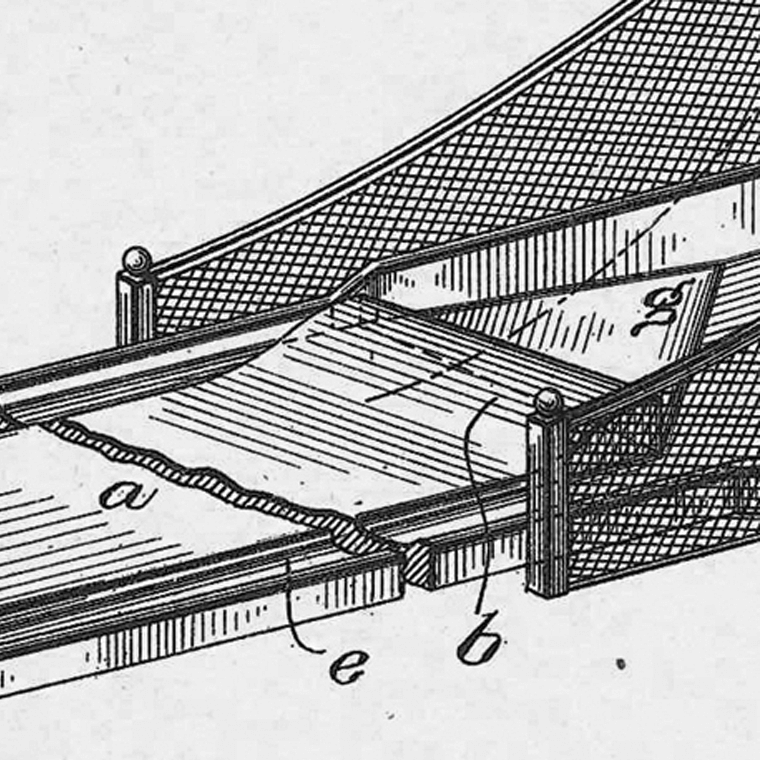 The patent was finally granted after several attempts by Simpson to prove he had something unique. Simpson’s attorney, Chas A Rutter, sent in the $20 filing fee to the Philadelphia Patent Office and a letter stating that half interest in the patent also belonged to William Nice Jr.* 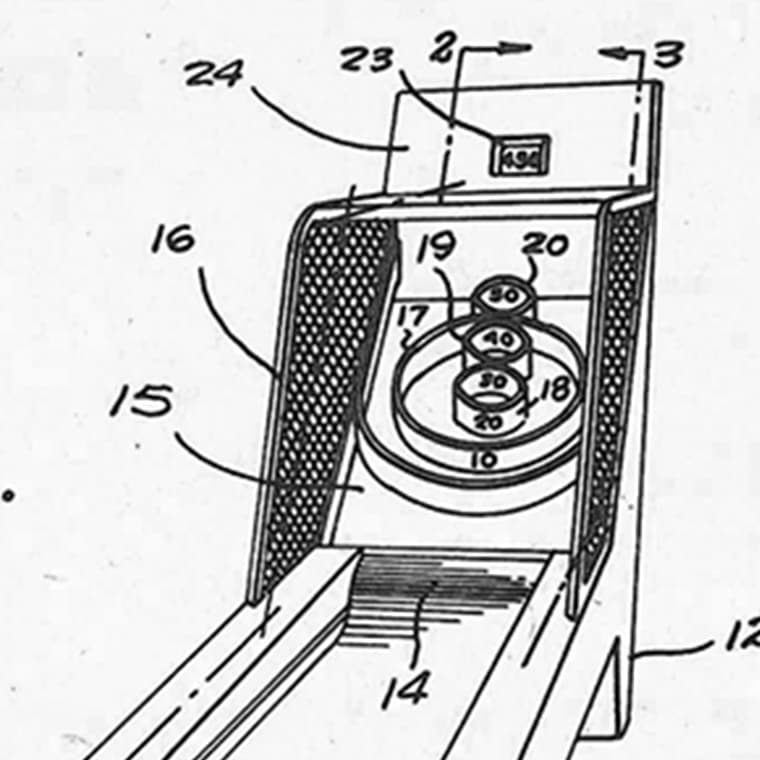 Simpson negotiated a licensing arrangement, collaborating with William Nice Jr. and John W. Harper who formed the Skee-Ball Alley Company, with manufacturing in Philadelphia and an office in Vineland, N.J. The early Skee-Ball alleys were manufactured in two 16 ft. sections, measuring a total of 32 feet in length. The first ad for Skee-Ball appeared in The Billboard with copy that read: “For pleasure resorts, parks and amusement parlors. New and the most popular game ever invented. A most profitable and easily managed game, requires little attention, gives much pleasure, moderate exercise, becomes very fascinating. Send for booklet.” 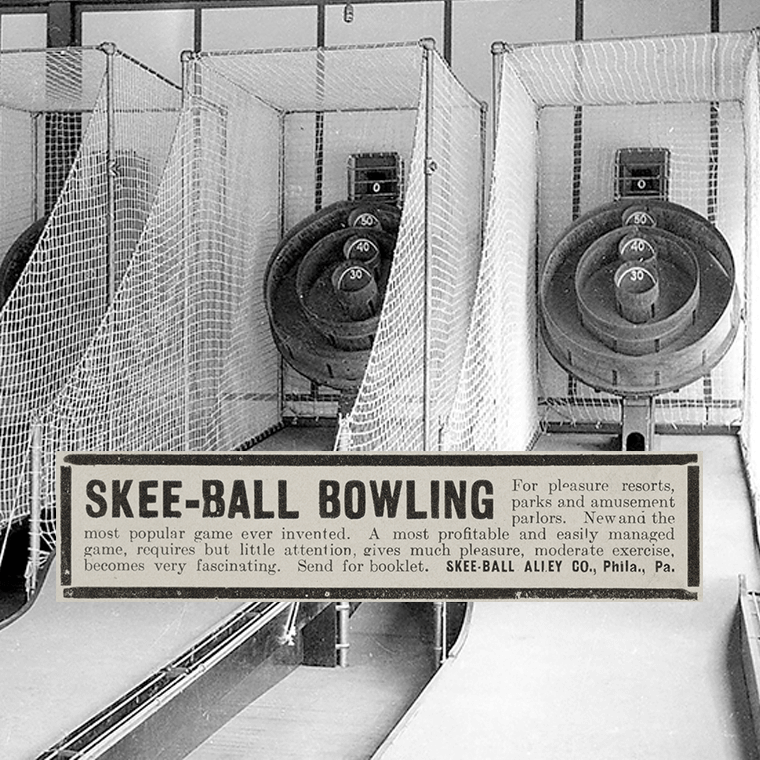 They sold dozens of alleys into amusement venues up and down the Eastern Seaboard, and into California, Utah, Colorado and many local venues around Philadelphia. The alleys were remarkably successful money-makers and were immensely popular with players. After the death of William Nice Jr. in 1910, Simpson and Harper ran out of money to market the game effectively, and stopped production in 1912.* 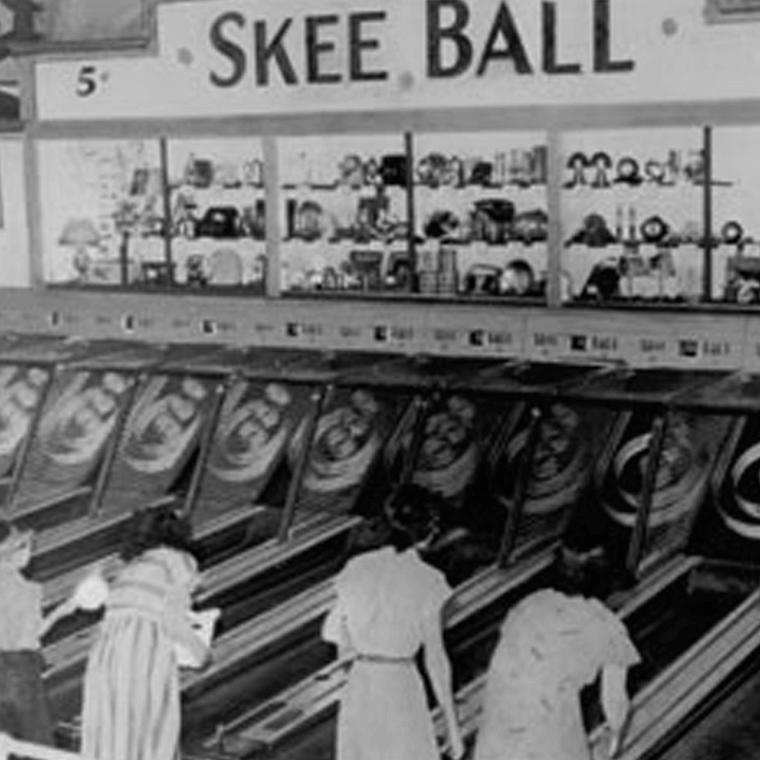 J.D. Este of Philadelphia, a wealthy Skee-Ball player and enthusiast, purchased the Skee-Ball Alley Company from Harper for $15,000, hiring him as general manager, and purchased the U.S. patent from Simpson for $25,000. The J.D. Este Company aggressively marketed Skee-Ball into pleasure resorts, college locations, boardwalk venues and even a location in Times Square N.Y.* 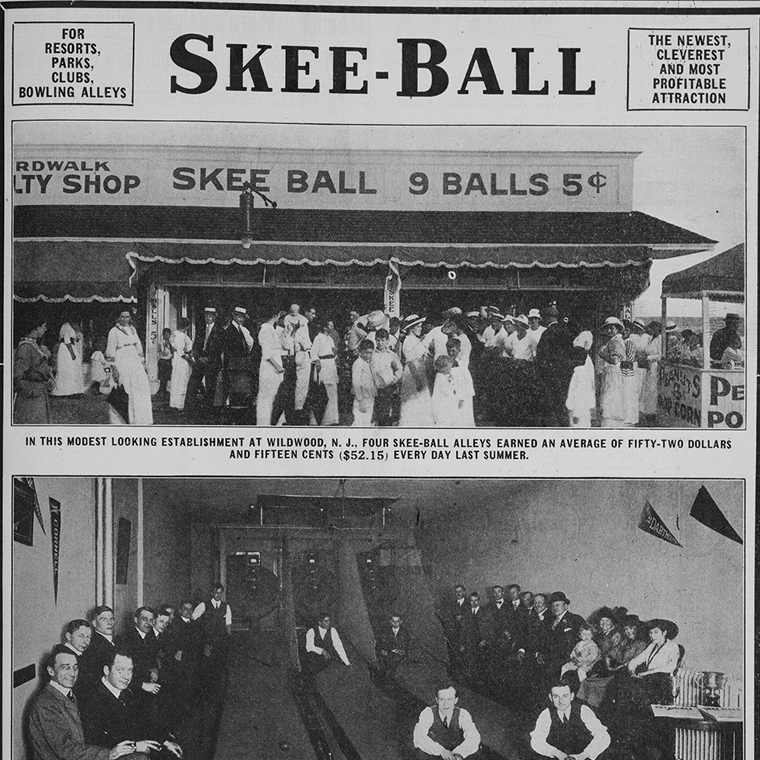 Skee-Ball Tournaments became extremely popular, particularly in the Philadelphia area, with both men’s and women’s teams, often sponsored by corporate employers, like US Rubber.* 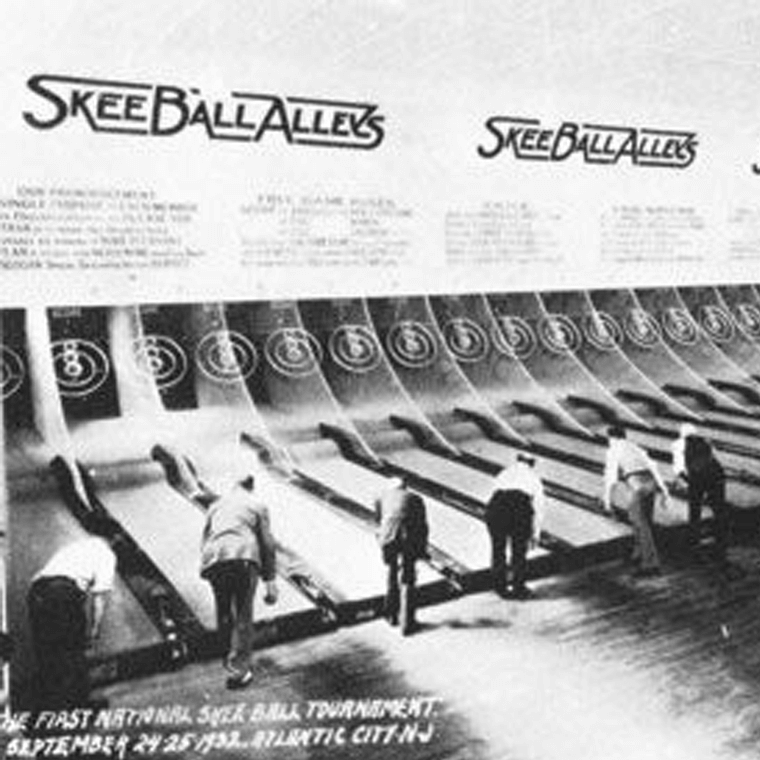 J.D. Este sold his interest in the company to his partners who changed the name to the Skee-Ball Company, Inc. 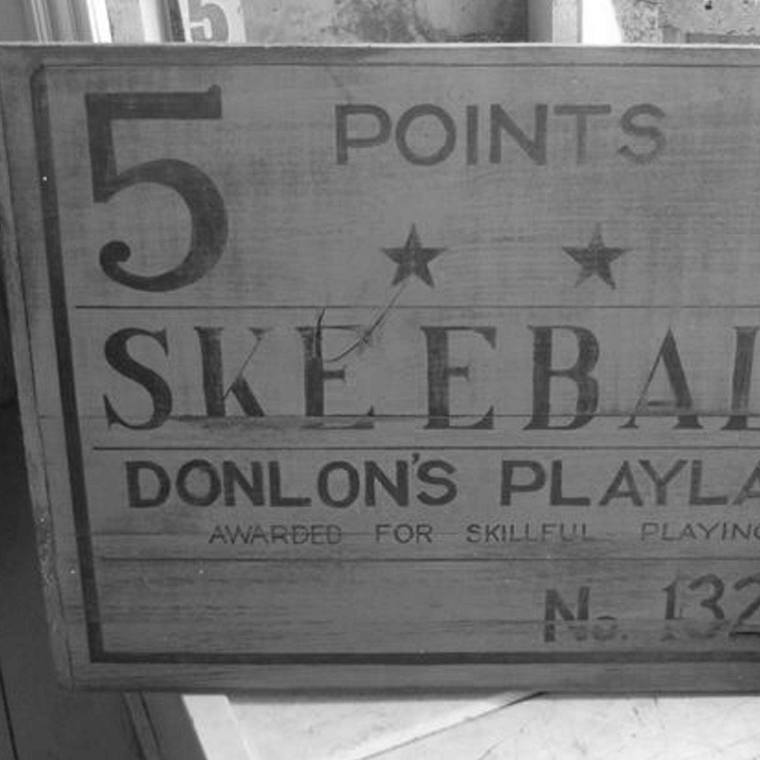 The Skee-Ball Company moved from Philadelphia to Coney Island, NY, a major growth area for the amusement industry in the 1920’s, and partner Morris Goldberg became the new face of the company.* 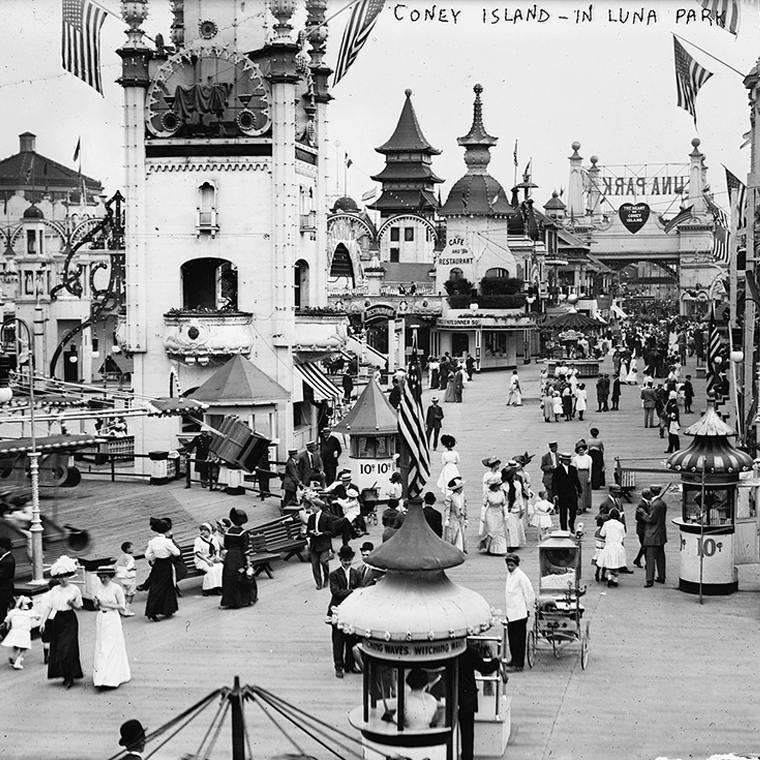 Goldberg sold the manufacturing rights for Skee-Ball to Herman Bergoffen and Hugo and Maurice Piesen, who renamed the company the National Skee-Ball Company, Inc. Bergoffen, an attorney, trademarked the name “Skee-Ball” that year. After the stock market crash in 1929, the company began producing shorter alleys, easier to fit into both indoor and outdoor amusement venues.* 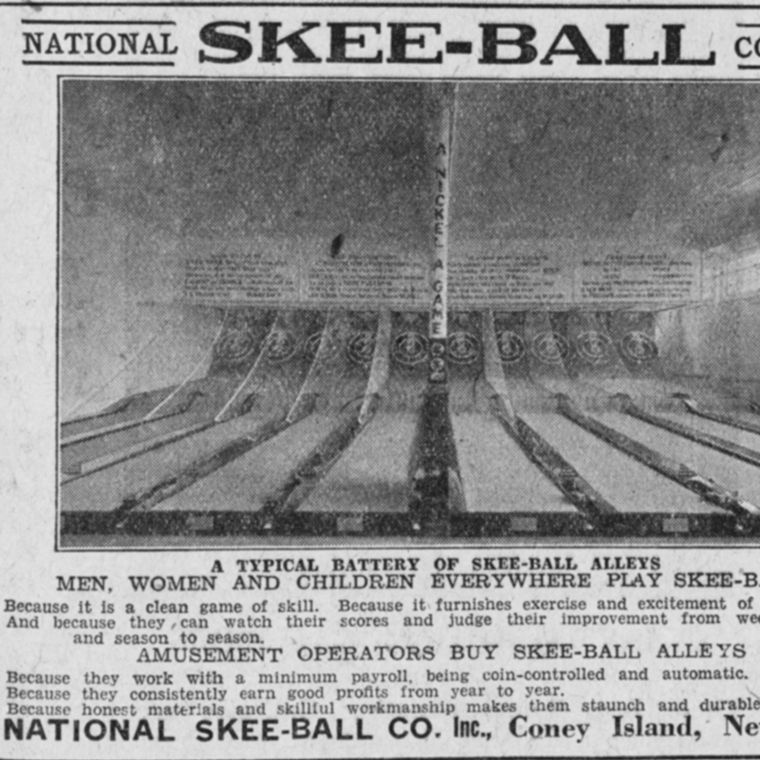 The first national Skee-Ball tournament was held at Layman Sternbergh’s Skee-Ball Stadium, in Atlantic, NJ on September 24 and 25. Over one hundred players qualified from around the country with the top prize of $1,000, a large sum of money after the Great Depression. 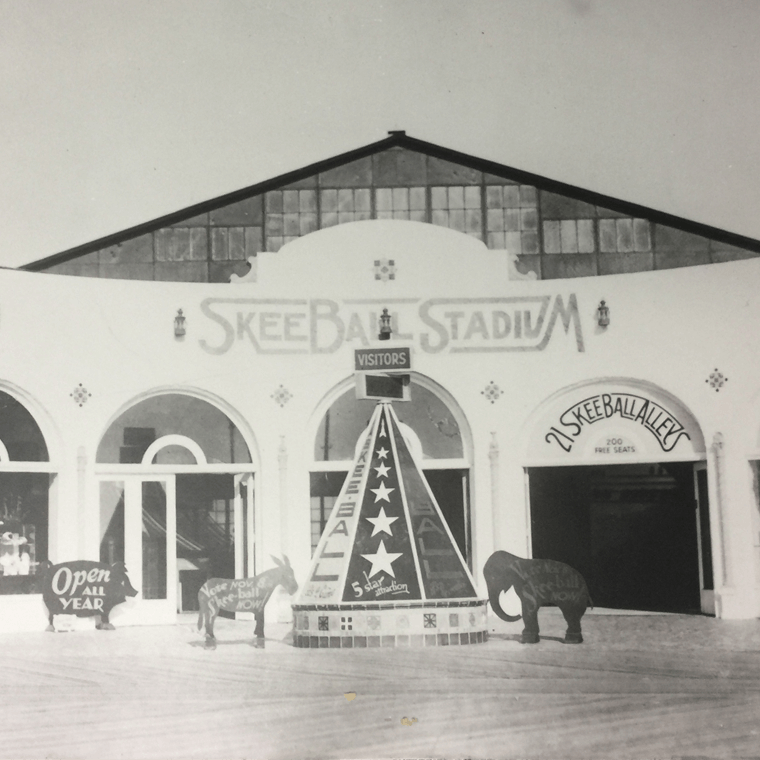 After the death of Bergoffen, and increased competition in the market, Skee-Ball was sold to a strong company in the entertainment market, The Rudolph Wurlitzer Company. Wurlitzer had been watching Skee-Ball alley rollers earn up to four times what their jukeboxes did in taverns and saloons, and they paid the price: $5,000 for the patents, trademarks and right to manufacture, and $200,000 in royalties to be paid over time. 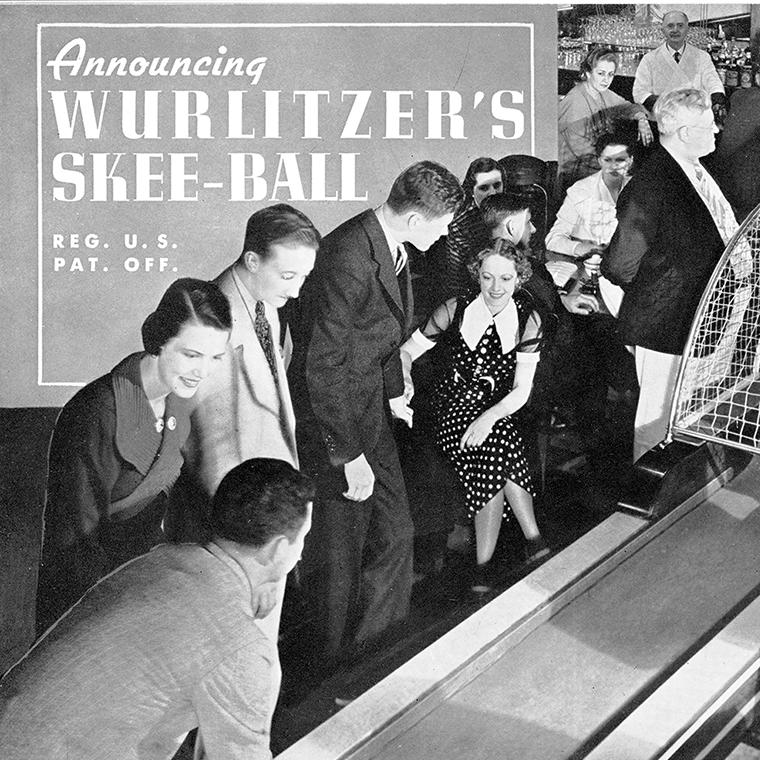 Wurlitzer rapidly produced over 5,000 redesigned Skee-Ball machines on their highly capable assembly line in one year, and then stopped production permanently due to overstocking.* 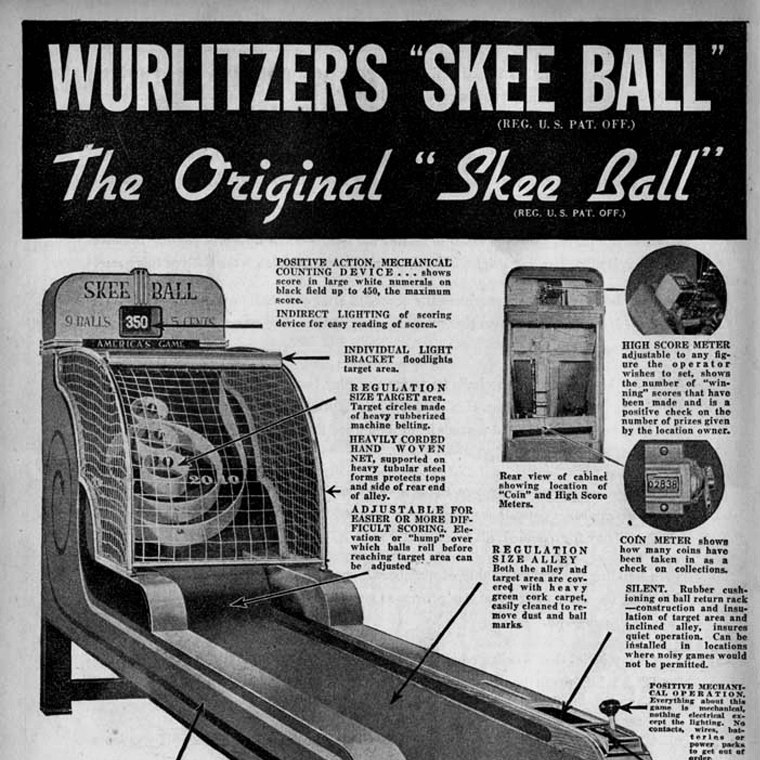 Wurlitzer sold out of most of their stock, 5,022 units- an average of 600 Skee-Ball alleys per year. They realized Skee-Ball alleys may not fit their business and manufacturing model any longer. 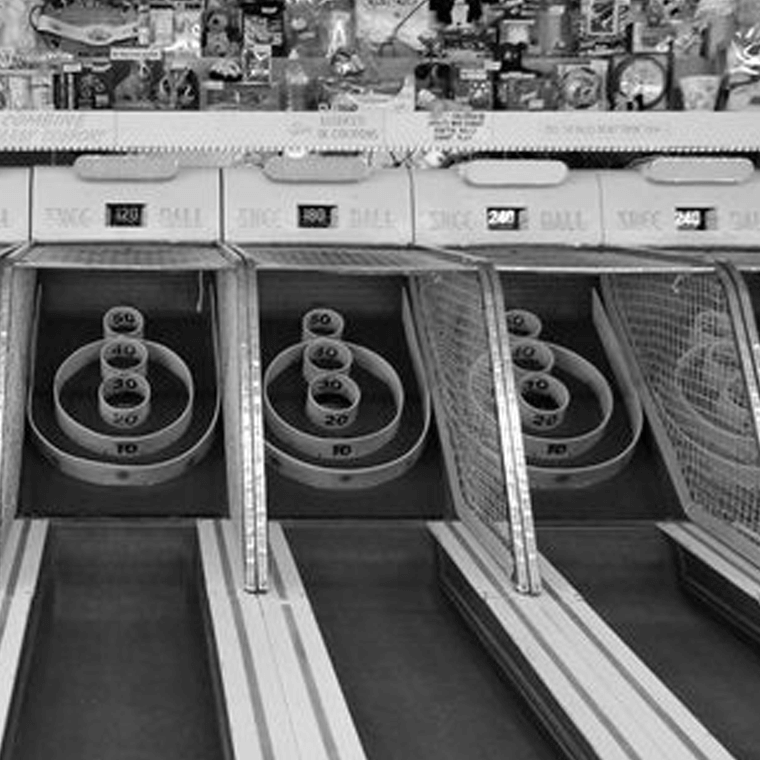 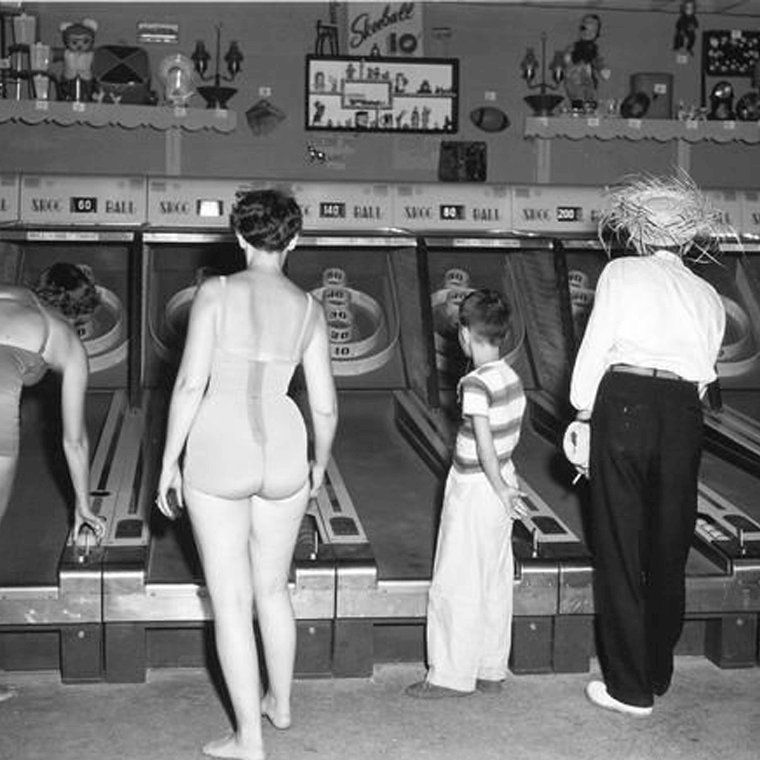 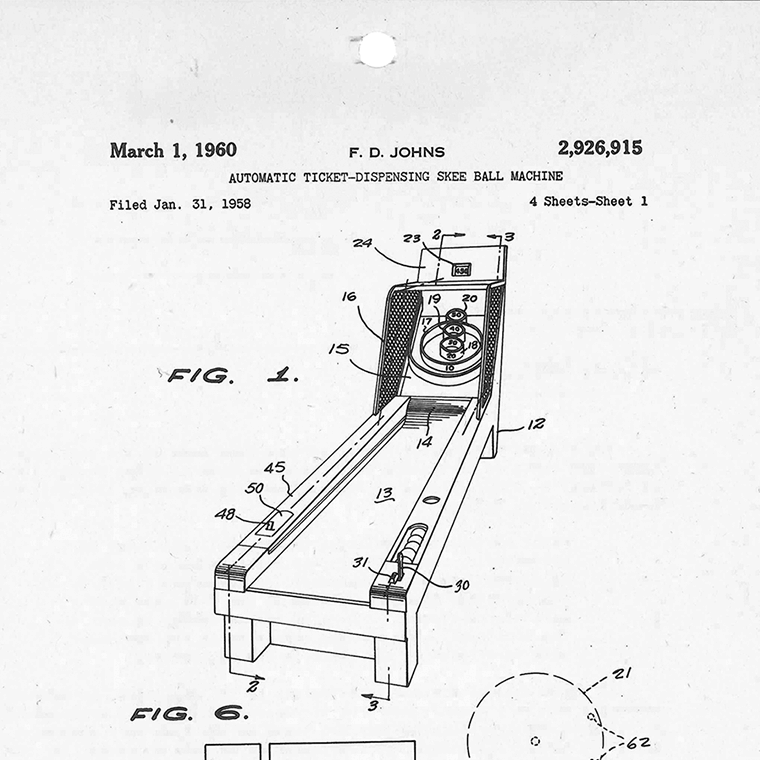 Philadelphia Toboggan Company split their Skee-Ball business off from the rest of their amusement manufacturing, as Skee-Ball, Inc. Bay Tek Games, Inc. was also formed in 1977 making roll down games for the carnival market. 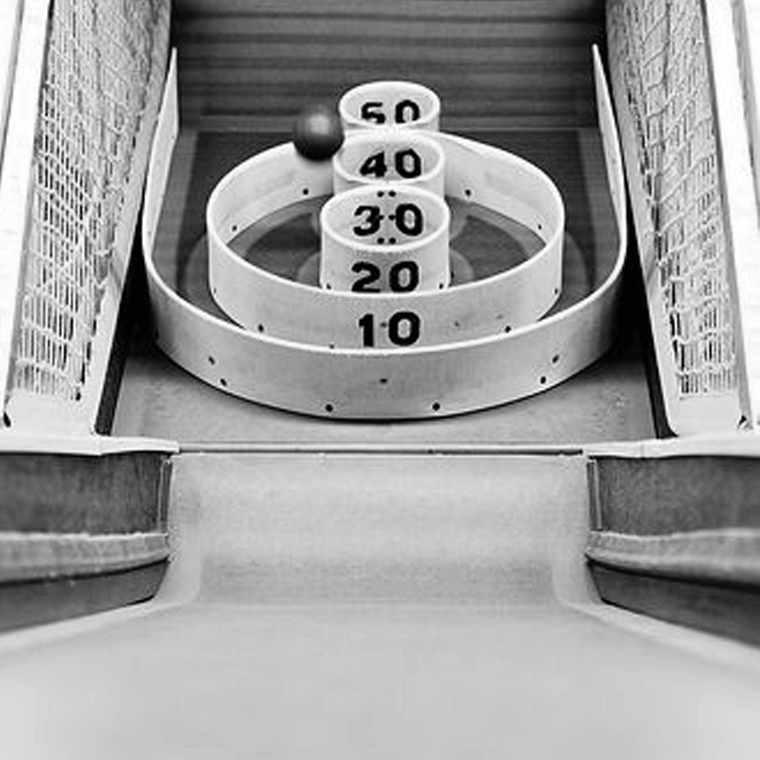 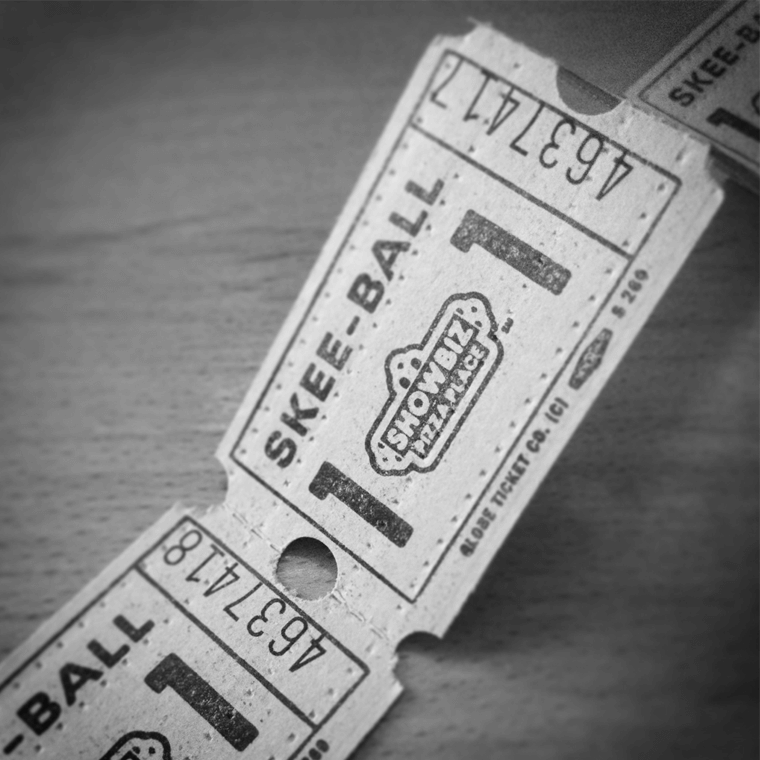 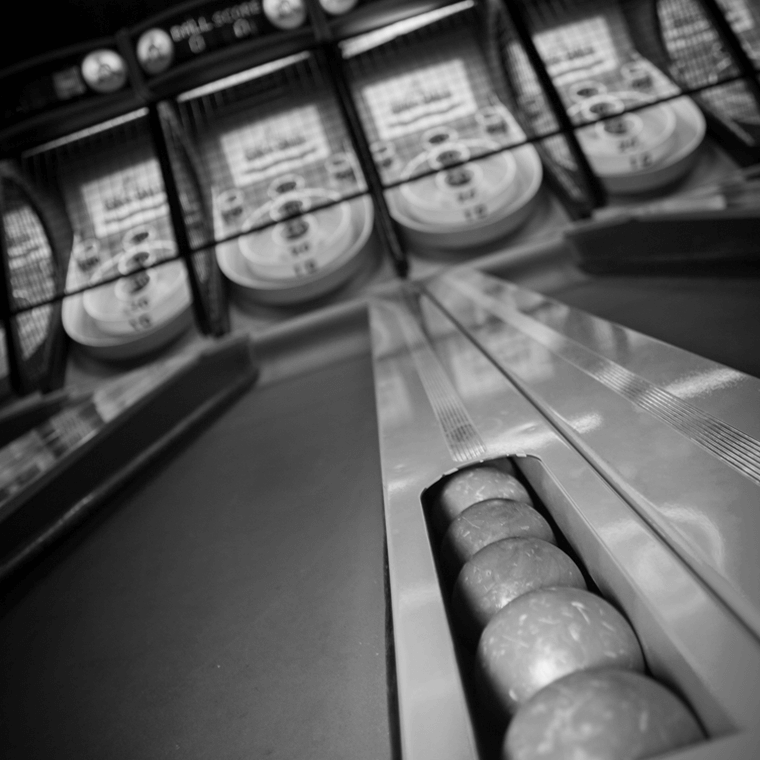 Skee-Ball celebrated its centennial anniversary by introducing a retro edition 13’ centennial alley bowler for avid collectors and the home market. The Skee-Ball app was launched and was the best selling paid app in the Apple iPhone app store for a few weeks until it was knocked off by the Angry Birds™ App. 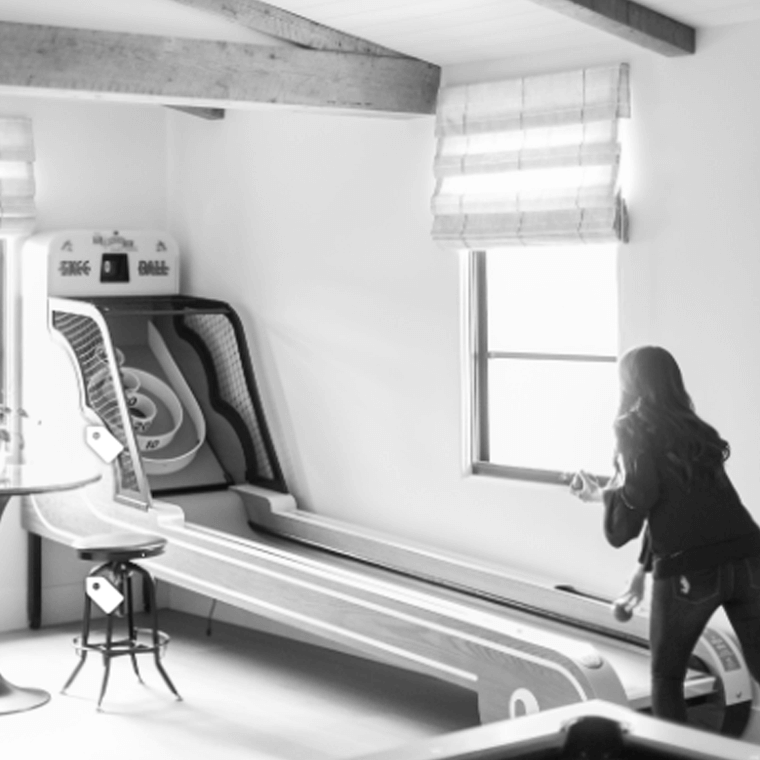 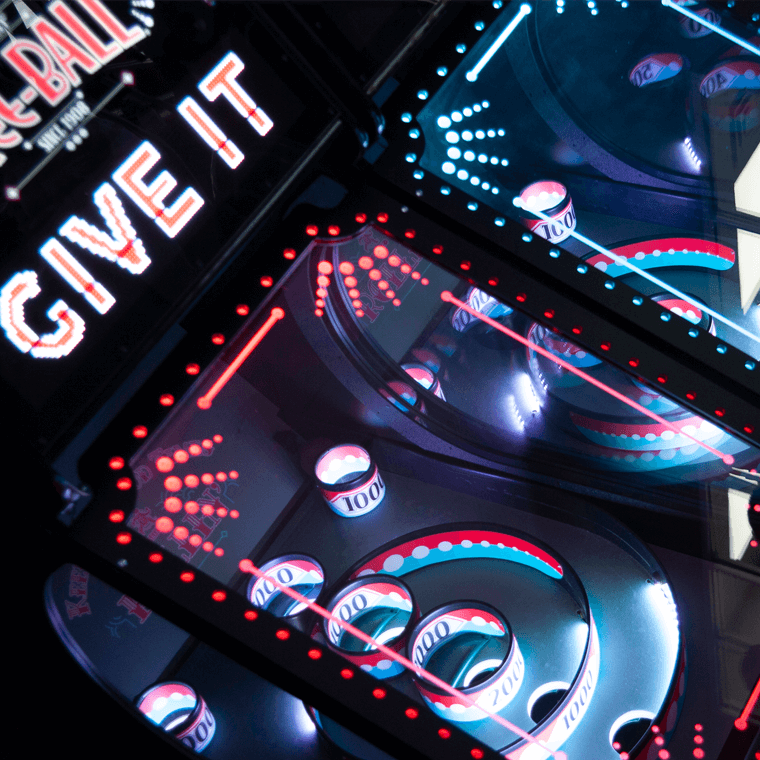 In the throes of a global pandemic, Skee-Ball launched its first ever line of alley rollers designed specifically for the home, with authentic arcade features, scaled to 80% of the commercial arcade size. Whether in alleys or arcade games, in the home or Family Entertainment Center – we aspire to continue a tradition, igniting the kid in everyone, inspiring friendly competition, and creating memories that span across generations. 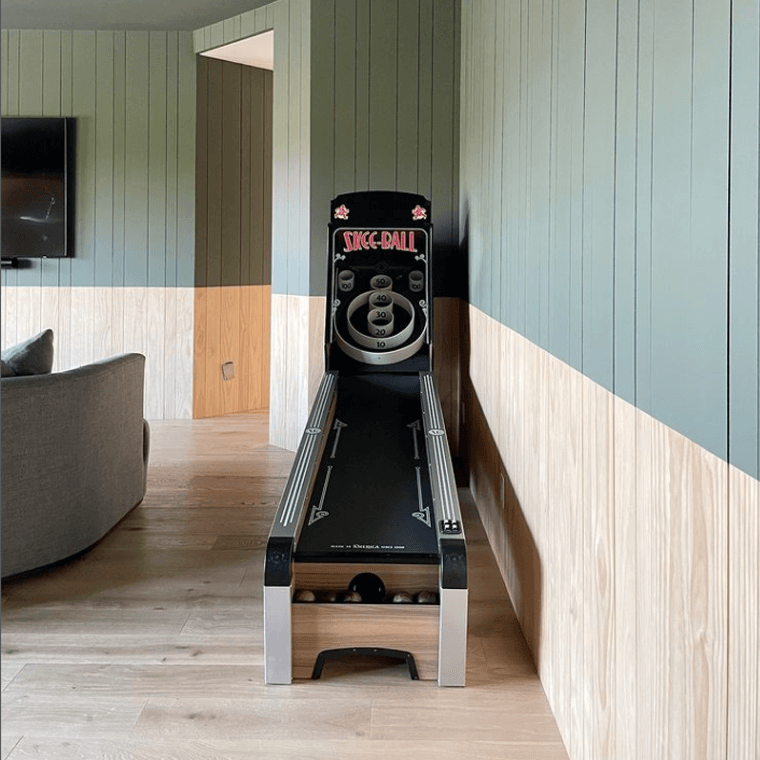 This is Skeeter. He loves to play Skee-Ball. As a young boy, Skeeter would walk down the boardwalk with his mom and pop, and he would light up every time he saw that bank of Skee-Ball alleys. Whenever they would walk by, Skeeter would give an insistent tug at his mom’s arm and say, “Come on, mom. Let’s give it a roll!” And so Skeeter rolled.  He rolled a lot. He rolled before school, he rolled after school, and sometimes, he even rolled during school (that’s not recommended, kids).

So there Skeeter stayed, stuck in his Skee-Ball stance, day after day. Rumor has it, Skeeter still stands in his Skee-Ball stance today, still rolling that perfect wooden ball up the launchpad, still aiming for the high score. Skeeter stays in his stance for you, for me, and for all the Skee-Ball lovers worldwide. He stays in his stance to remind us that good times are ahead, even if we biff and miss all the pockets, time after time. Skeeter encourages us to keep on rolling, no matter how hard you struggle, because with enough practice and perseverance, eventually you’re going to hit what you’re aiming toward.

The Skee-Ball® brand is a proud part of The Village Companies, a family of businesses who believe that by acting together, we can and will achieve greatness.